Home » Blog » Front-End Challenges For You 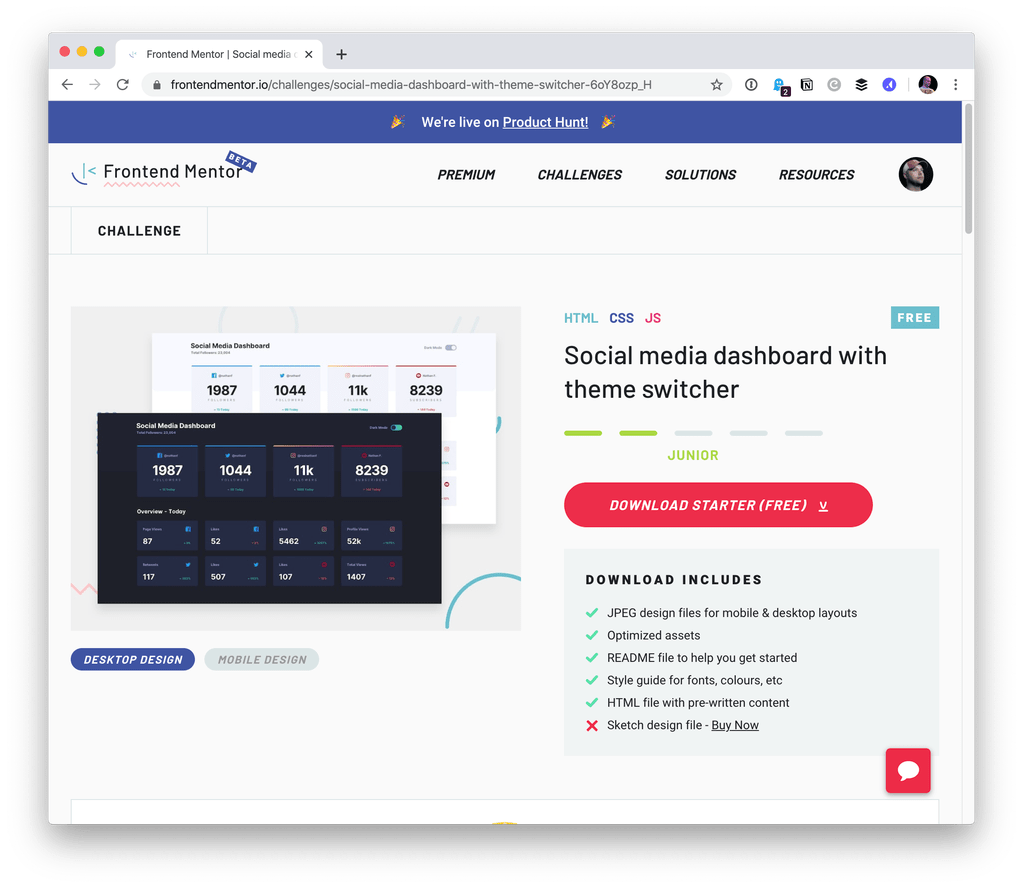 My favorite way to level up as a front-end developer is to do the work. Literally just build websites. If you can do it for money, great, you should. If the websites you make can help yourself or anyone else you care about, then that’s also great. In lieu of that, you can also make things simple for the sake of making them, and you’ll still level up. It’s certainly better than just reading about things!

Here’s some resources that encourage you to level up by building things for the sake of leveling up, if you’re up to it.

It looks like this recently launched, and it’s what inspired this post. This idea of giving people front-end work to do is enough to build a business around! Some of them are free, and some of them are not.

Other businesses have centered themselves around this too. HackerRank is all about getting jobs and hiring, so they’ve got a very strong agenda, but part of the way they do that is putting you through these skill tests (solving challenges) which are meant to asses you, but you can certainly learn from them too.

Others like this: Codewars, ChallengeRocket, Codesignal, Topcoder (Jeepers, VCs must love this idea.)

Coderbyte has paid plans too, and they’re designed to leveling up your job interviewing skills with challenges.

Here’s the classic move: find something you like on Dribbble, rebuild it. The @keyframers often do it. Tim Evko’s Practice site used to pick a shot for you (along with random GitHub issues and random coding challenges), but the Dribbble part appears broken at the moment. The other stuff still works!

Matt Delac used to do a series along these lines. Indrek Lasn also does it in Medium posts.

Andy Bell did a Front-End Challenges Club for a while, and while I think it’s on break, you can view the archives.

CodePen Challenges run every week are are a prompt (along with ideas and resources) for building whatever you like. Low key.

Daily UI challenges gives you a new challenge every day that starts when you sign up (and it’s free). Lots of people complete the challenge with code.

Frontloops charges $19 for 30 challenges, which includes information, advice, assets, and a solution.

If your idea of a fun challenge is mimicking a design in as few bytes of code as possible, CSSBattle will appeal to you.

Writing things as tersely as possible is often called “Code Golf” and there is a challenge site for that too.

I just happened to notice that the first challenge is a drop down navigation menu, and it doesn’t handle things like aria-expanded. I’m not entirely sure how big of a problem that is and I don’t mean to pick on Ace Front End — it’s just a reminder that there could be problems with any of these challenges. But that doesn’t mean you can’t learn something from them.

Codier has public challenges that include solutions posted by other users.

Carry’s advice is to start with a real-world object—the interface of a gaming console or a calculator, for example—and to try to recreate it using only CSS. “A great way to push the boundaries with a language is to make something that the language wasn’t meant to be doing in the first place,” he says.